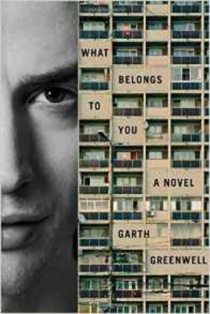 Garth Greenwell’s novel is beautiful, tender, and very lyrical – even though it’s about awful sadness and brutality.

The sadness and brutality of desire, and all the emotions connected to and growing out of it, all the emotions the narrator, an American teacher living in Sofia feels for Mitko, the extremely attractive hustler he picks up in a public toilet.

The nameless narrator has an immediate crush on Mitko. This is at first only about Mitko’s body, but the narrator would also like to learn about Mitko’s soul, if it were at all possible (it’s not), and he soon wants to have Mitko forever by his side, wants to save him, redeem him, spoil him – and so on. But – again – this is impossible, a fact which is clear from the very beginning: that no matter how beautiful it would be for a real relationship to develop between a middle-class university teacher from the US and a penniless Bulgarian hustler, this is not meant to be.

For about a million reasons. For one thing, even if their relationship was based on something other than money and „gifts” changing hands, even if there was equality between them, they still wouldn’t understand each other. And it’s not only because of the lack of common language – it’s also because of their wildly different backgrounds and cultural heritage, and because they both want something else, their feelings are completely different, and they use their relationship for different things.

Just one example to show the difference of worlds Mitko and the narrator inhabit: at one point, Mitko thinks he’ll frighten the narrator when he threatens him with revealing that he’s gay. In Mitko’s hyper-masculine world, saying that someone is gay is still a serious insult, it still means something, but for the narrator, who’s already come out, this doesn’t mean anything serious anymore (not that revealing his sexual preferences had been met with universal acceptance, and not that it had been easy for him to get over all the betrayals of family and friends he had to suffer in consequence). So when Mitko threatens him with destroying his life, for the narrator that’s all just a weightless threat.

Because the narrator’s feelings are real – it’s real when his heart is breaking if he thinks about leaving Mitko; it’s real when he’s jealous and angry because on their first night together, Mitko spends the time speaking with his friends or clients on Skype; and it’s real when he’s disgusted by Mitko, when he desires his touch, and when he’s afraid of him.

This isn’t a relationship where there’s reciprocity.

And the beautiful title of the novel (which was the main reason I wanted to read this) means this to me. What belongs to you, what is yours is what you feel. And what you remember, what you desire, what you are afraid of. The other person, though – the eternal unknown and unknowable – can never belong to you.