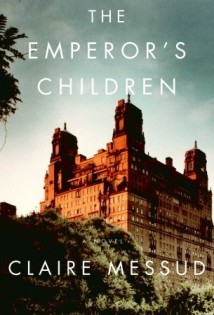 As it often happens, it was enough for me to read the first couple of sentences to feel that I want to read this immediately.

„Darlings! Welcome! And you must be Danielle?” Sleek and small, her wide eyes rendered enormous by kohl, Lucy Leverett, in spite of her resemblance to a baby seal, rasped impressively. Her dangling fan earrings clanked at her neck as she leaned in to kiss each of them, Danielle too, and although she held her cigarette, in its mother-of-pearl holder, at arm’s length, its smoke wafted between them and brought tears to Danielle’s eyes.

And this here is perfect, and it showcases the greatest talent of Messud: she has an amazing ability to capture the mannerisms, role-plays, and the games people play in elegant society, and to characterize people with their mannerisms.

And from this perspective, the first sentence is not the only perfect and enjoyable one – there are a great many descriptions of such details, and they never feel redundant. Sometimes I wonder when I read novels whether I really need to know what brand of pencils a character prefers (this is a detail from one of Stephen King’s novels), and I often find that: no, I could live without this, because it doesn’t add anything to the humanity and complexity of the character.

Here, though, these kind of details are essential – it does say something about a character when we learn what kind of tea she likes to sip during the evenings – and it says even more about her that she compulsively shares her sophisticated tea-drinking habits with her friend, this way subtly indicating that she is indeed in possession of the elegant habits of the New York elite, even though she hails from a no-name small town.

One of the reviews quoted on the cover says that Messud is a bit like Jane Austen – and as you might guess from the tea-drinking incident I just mentioned, this comparison is not off the mark (even though Austen is more ironic and sharper than Messud). In any case, here, as in Jane Austen’s works, the appearance of things is crucial – the characters are obsessed with the question whether their acts are elegant and socially acceptable, and whether they create the right impression in the observer. The story, however, is much more chaotic than in any novel by Austen – because here there’s no obvious goal the characters could strive for.

Messud’s characters, of course, want success and love, but they are not entirely sure what kind of success and love they want, so despite pushing 30, they are not an inch closer to their goals than they were 10 years earlier, but they are starting to realize that the kind of deliberation, procrastination, eternally childish behavior, and their whole existence based on the knowledge that mom and dad will surely help out – all that was cute and adorable when they were 20 isn’t quite so cute and adorable when they are already 30.

And though the novel is a lot more than that (an ironic love letter to New York, social criticism, and so on), for me it’s mostly a story of disillusionment, through the course of which every character finally loses their sense of entitlement, and learns something important at their own expense. As for the question, though, of what they do with this knowledge – fortunately, that remains open.