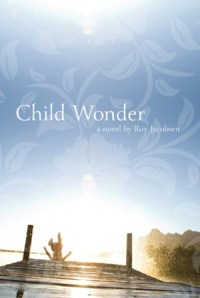 Roy Jacobsen’s novel smells not like Teen Spirit, but like a dismal council estate, and like change and growing up. The story is set at the beginning of the 1960s, and the protagonist is Finn, a boy about 10 years old. Finn lives with his divorced mother in a depressing, smallish apartment, until one day his mother decides to sub-let one of their rooms to earn some extra money. After a little bit of renovation, and after meeting a couple of less-than-desirable potential tenants, she finally finds a suitable person – Kristian. Kristian always pays in a timely manner, so that’s good, but according to the mother he’s still a rather strange figure: for instance, he owns a TV set but he never watches any programs; sometimes he speaks like a university professor, and sometimes swears worth than a street-kid; and even though he’s full of stories about his past jobs, no-one knows for sure what he does for a living now – and all this baffles Finn’s mother enormously.

Not long after Kristian moves in, the family circle is extended by yet another person – Finn’s half-sister, Linda arrives. Linda is the daughter of Finn’s father from his second marriage, and her mother is incapable of taking proper care of her, so Finn’s mother agrees to take the girl in. Well, if Kristian is strange, then Linda is even more so: she’s unbelievably slow and drowsy, she barely opens her mouth to speak, and for a long time she doesn’t make friends with anybody – all in all, she’s not like a typical child at all.

Because of the presence of Kristian (who considers himself something like a family member, and from time to time behaves like a husband and a father) and Linda (who doesn’t trust anybody, and requires a lot of care), and because of their sometimes legitimate, sometimes hardly understandable claims on Finn and his mother, the hitherto wonderfully harmonic and honest relationship between mother and son slowly begins to change. Old pains and hidden memories resurface (for instance, after years of carefully hiding the photos of her ex-husband, the mother finally brings herself to show the pictures to his son); the mother sometimes disappears mysteriously – to which her son reacts by shedding his customary role as mummy’s nice and obedient little boy, and he himself disappears for a while, and gets involved in a couple of violent pranks; and of course there’s the fact of Finn’s impending adolescence – he experiences the first schoolyard crush and the first disappointment, and all this naturally puts a distance between him and his mother.

The story is told from the (partly naive-childish, partly adolescent-adultlike) point of view of Finn (who is often very mature for his age), so it’s not surprising that a whole lot of events and details of the novel remain unexplained or inexplicable – since a boy of 10 probably doesn’t fully understand the importance of the things he witnesses or experiences, no matter how clever and mature he is. Of course, being an adult reader, I can usually understand the majority of the events Finn naively describes, but still – I often felt that it would have been good to get some more details to be able to understand what happens, and, more importantly, why certain things happen. Again, an example. The relationship between the mother and Kristian presumably goes well beyond what you would usually expect between a proprietor and a lodger, and their relationship is an important plot-line in the novel. Yet, apart from a couple of very vague hints, we don’t get to know anything about their affair, and this way it’s rather difficult to properly understand the nature and importance of their emotional outbursts and quarrels.

Certainly, I can understand (or rather: I can come up with an explanation) why nothing is ever properly illuminated here, and why the novel is so vague in terms of its emotional content. The reason for this is (or might be) that this book is mostly about the unbelievable complexity, ambiguity and inexplicability of human relationships and feelings – and Jacobsen himself seems to have decided to write a novel which is emotionally ambiguous and hazy. Yet – I would have been glad if he had tried a bit harder to explain the unexplainable.